Previously, the Federal Circuit Court penalised the company and its operator more than $11,000 for refusing to back-pay $2,943 to two Filipino workers.

He is facing the Federal Circuit Court in addition to his manager Kareena Colton.

The two are accused of underpaying two casual workers, in addition to failing to provide pay slips. 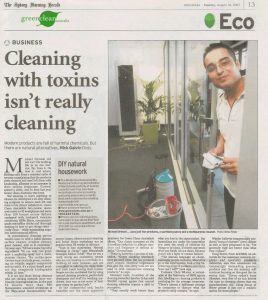 However, Fair Work alleges Girowal handed over emails purporting to notify the workers of their “Independent Contractor Agreements”.

Furthermore, the regulator alleges the emails were never sent to the workers.

This is the second time Green Clean has faced legal action by Fair Work.

In 2016, the Federal Circuit Court imposed penalties totalling $11,340 on Green Clean and Girowal for failing to comply with a Compliance Notice.

As a result of the latest alleged contraventions, the regulator is seeking new penalties against Green Clean, Girowal and Colton.

The company faces maximum penalties of $63,000 per contravention.

Additionally, Girowal and Colton each face maximum penalties of $12,600 per contravention.

“Where we believe an employer has provided false or misleading information or documents to an inspector, we will take appropriate action.

“A court can then order the employer to pay penalties in addition to back-paying workers.